A love of nature, and of being part of the group, are intensely important to the Japanese, so this little haiku is a picture of sadness. Sake is meant to be drunk with others, and pouring for each other is part of the ritual. When your companion’s cup is empty you refill it, and they do the same for you (using both hands to lift your cup). So, the smaller the cup, the more often you have to pour for each other, which creates more interaction, and engenders conviviality. 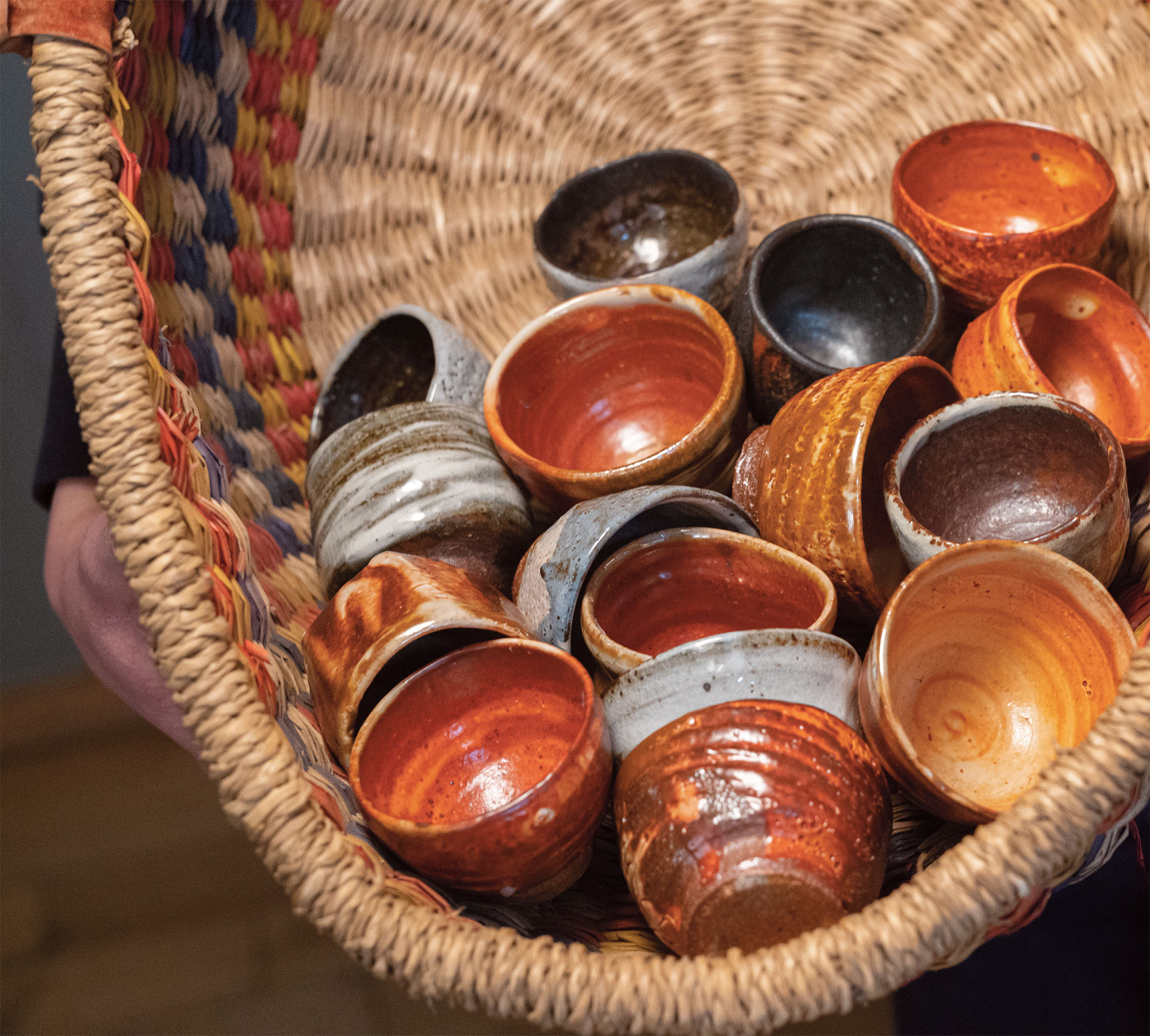 Delicate DaiGinjo and Ginjo sakes are best drunk from glass, porcelain or highly glazed styles; but more robust sakes like Junmai, Honjozo, Yamahai and Kimoto are well suited to earthy, maybe wood fired, slightly larger guinomi in stoneware and earthenware - their flavours are enhanced by the absorbing and softening effect of such pots.

The small cups, or guinomi, made by potters such as Nic Collins, Mike Dodds and Anne Mette Hjortshøj, were not always necessarily intended for sake, but the reason that so many potters like making them is because a potter is able to incorporate so many aspects of his or her craft – the clay, the shape, the foot, the glaze, the firing – in one small pot. The collector likes them too: being small and affordable means you can happily add to your collection. 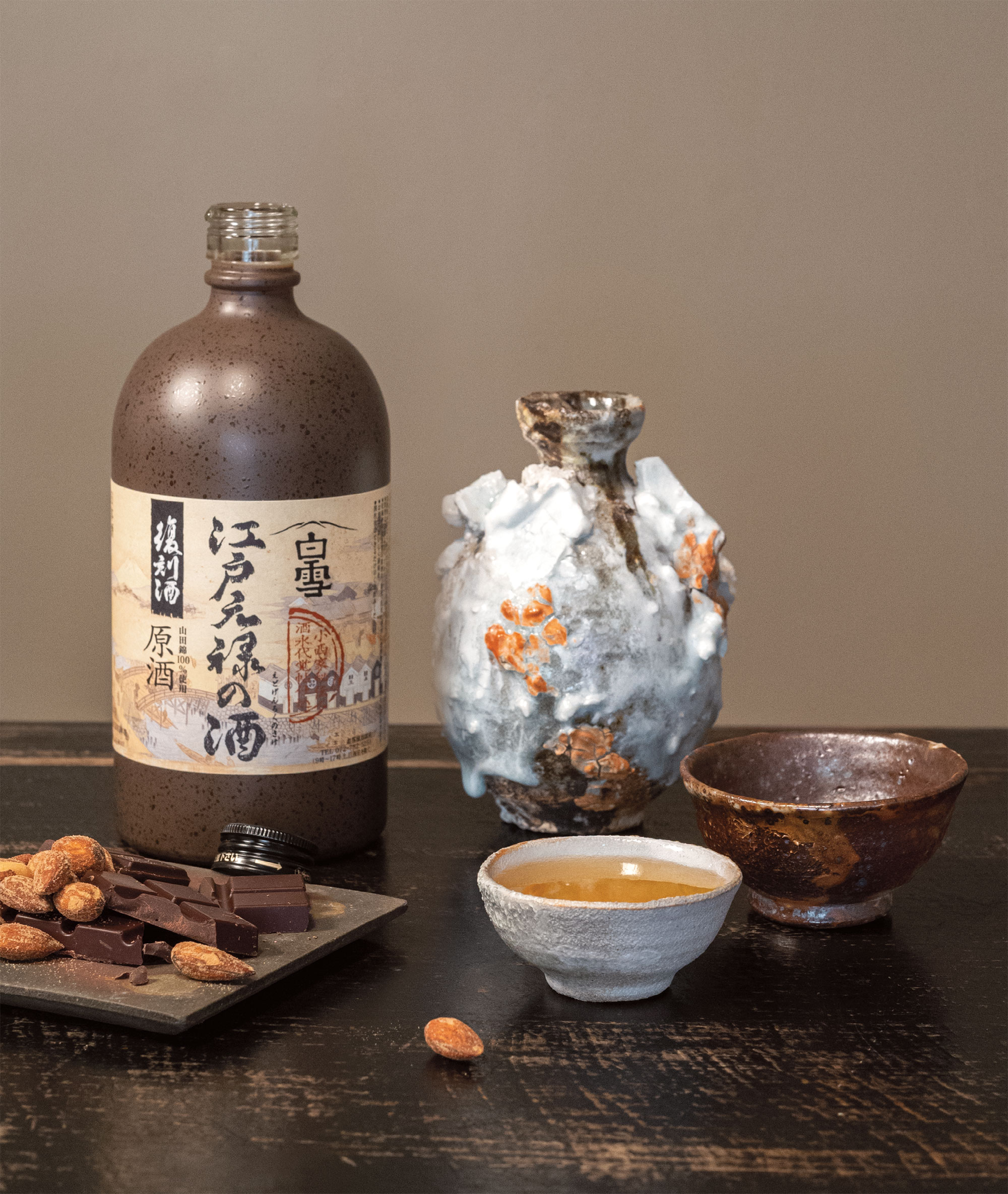 As a pottery lover in Japan, I was delighted by a charming custom I encountered in some bars: the Mama-san (hostess) would bring round a basket of assorted guinomi and choko so I could choose one to drink from. As your collection grows alongside your knowledge of sake, you can do the same, and help to continue an old tradition.

Lisa Hammond is one of the few English potters specifically making tokkuri sets. Traditionally, tokkuri held 180ml, which is a tenth of the traditional huge (1800ml) bottle, called iishobin, but they are now made in varying sizes. Incidentally, 180ml is also the size of the square cedar boxes, called masu, which were originally a handy kitchen measure, used for measuring rice, but which came to be used for drinking sake, often at ceremonies. 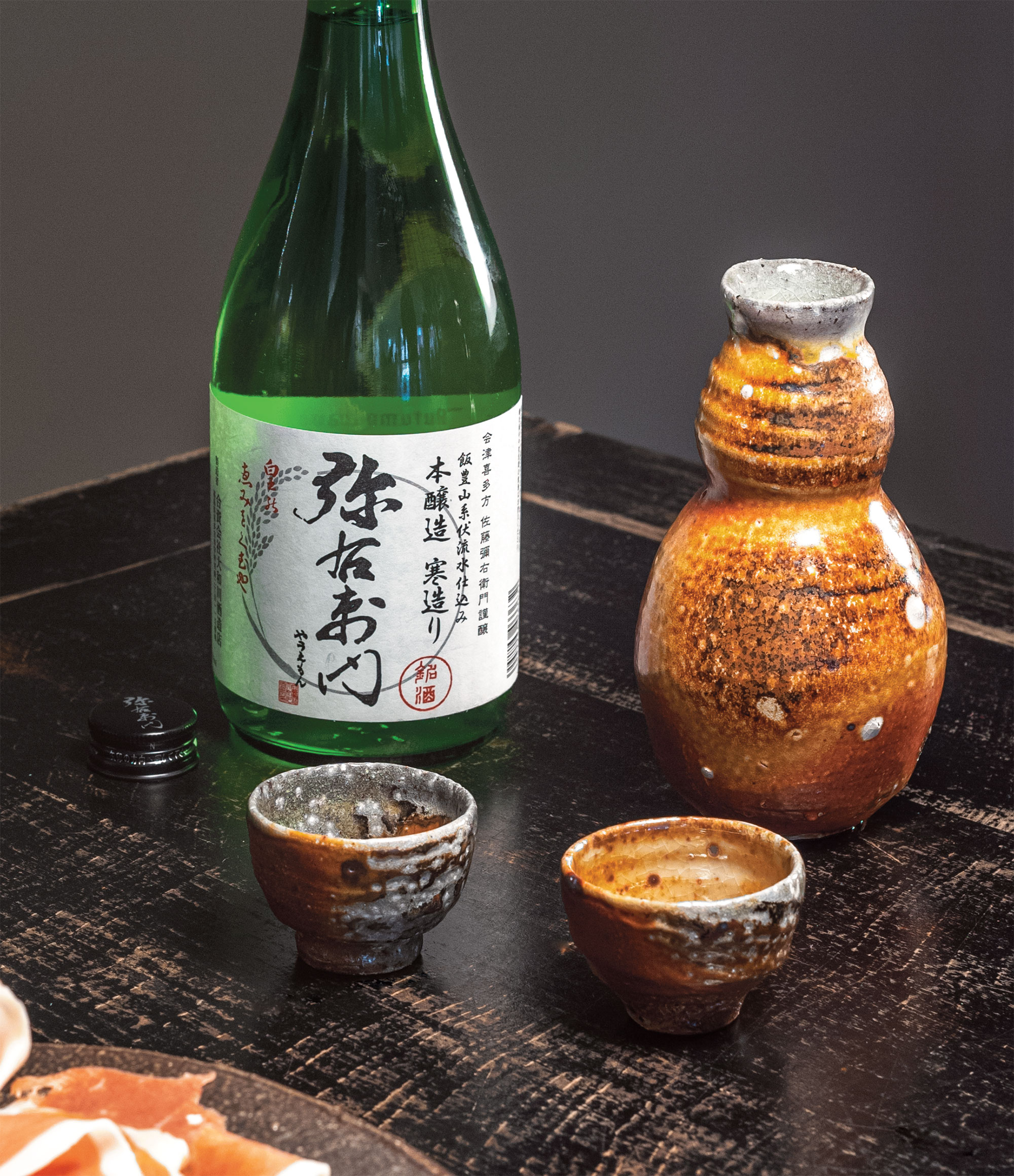 Stemmed sake cups are known as bajohai – ‘horseback cup’, as they were traditionally designed for warriors, being easier to hold with one hand whilst riding a horse. Takeshi Yasuda’s porcelain stemmed cups are far too elegant for such activity, but they are perfect for a fine DaiGinjo. 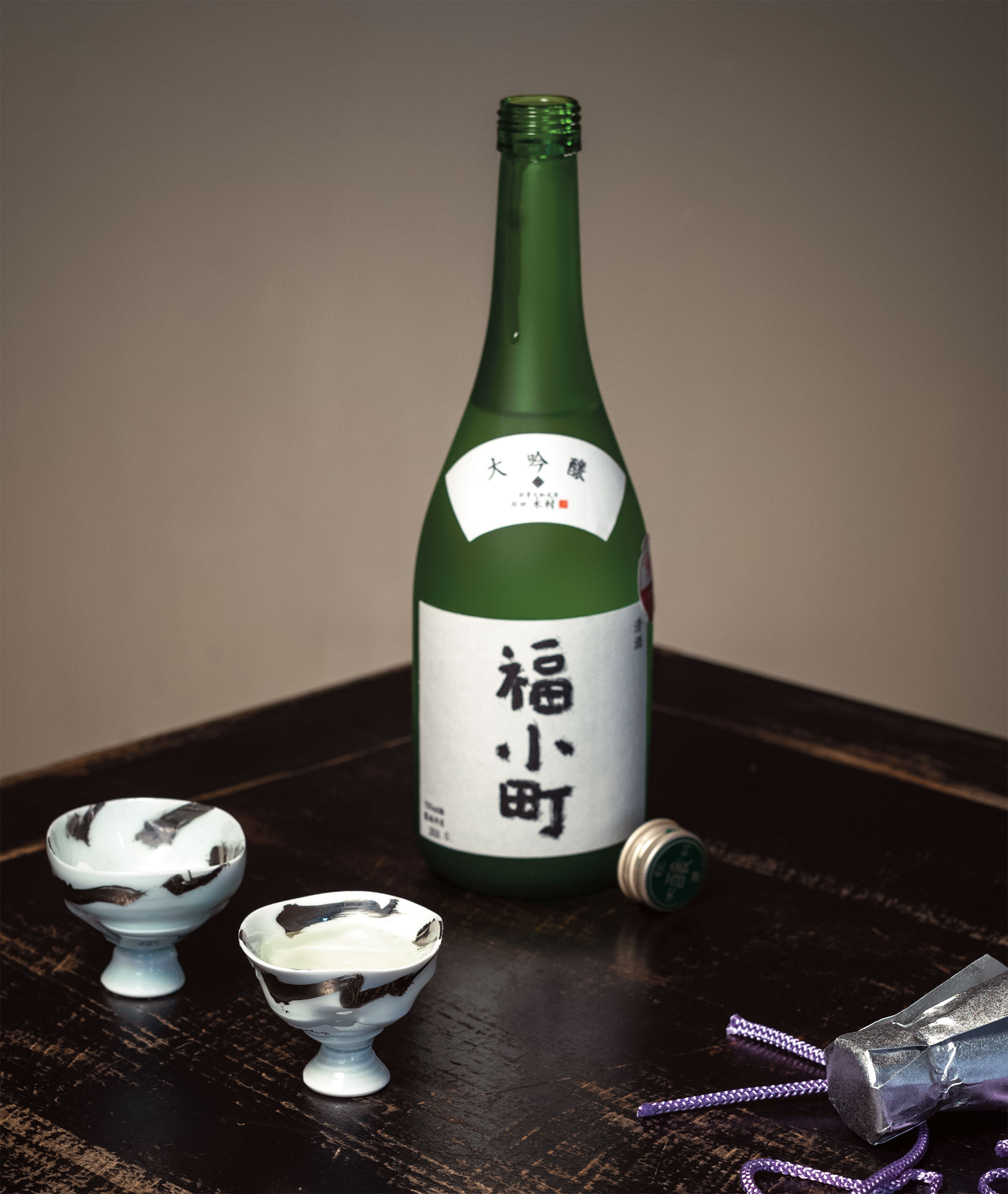 Sake and ceramics are made for each other.

Western potters such as those mentioned above, and in particular the late Phil Rogers, have long embraced the art of the guinomi; and now non-Japanese are leading the export of another Japanese artisan product, sake. People like Oliver Hilton-Johnson, and Robin Sola at Sorakami, are helping to increase knowledge of sake, which I hope will feed in to a love of hand-made sake ware, and in turn into the wider world of studio ceramics. 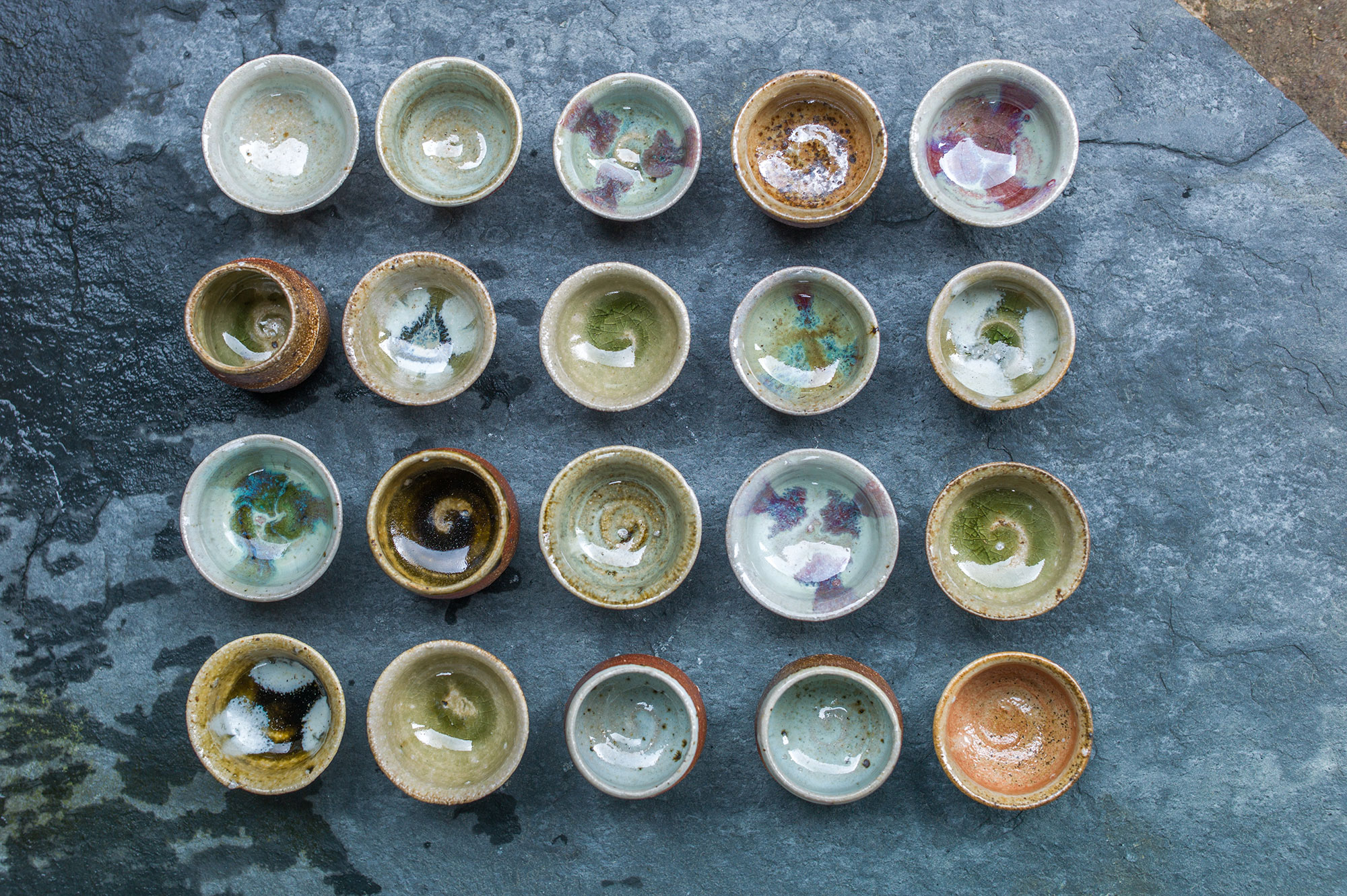 Whilst the potter shapes clay and controls fire to create beauty, the sake maker harnesses the energy of living organisms, rice and water to conjure flavour and aroma. Earth, fire, water and air come together in one cup of sake. The gods would surely approve.

Shirley Booth, President of the British Sake Association and connoisseur of all things Japanese cuisine

This is a shortened version of an article originally published in our quarterly magazine.

VIEW SAKE WARE FOR SALE
Back to Discover